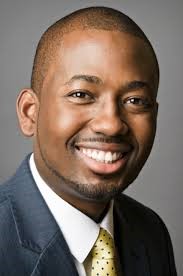 A true trailblazer, Sangu initially received a full scholarship to study at Harvard in 2005.

Since then he has gone on to establish the Investment Holding Advisory Company, Golden Palm Investments, and co-founded Cleanacwa to improve water and sanitation in Ghana. He is also an author and a TED Global fellow.

As a result of Mr. Delle’s work and advocacy, Africans will now be eligible to join the most prestigious scholarship in the world; the Rhodes scholarship, of which he is a founding member. This is an international postgraduate award for students to study at the University of Oxford.

Applications will open in July 2017, and Ghanaians, Nigerians and other West Africans will now be eligible to join.

Upon his election as Director of the Harvard University Alumni Association, Mr. Delle released the following statement on social media:

“When I was 5 years old, I discovered Harvard University from a booklet that was sent to my father from Harvard T.H. Chan School of Public Health.”

Congratulations! Ghana International School is proud of you !!!

Prefects Campaign and Reading of Manifestos towards the 2017-2018 elections