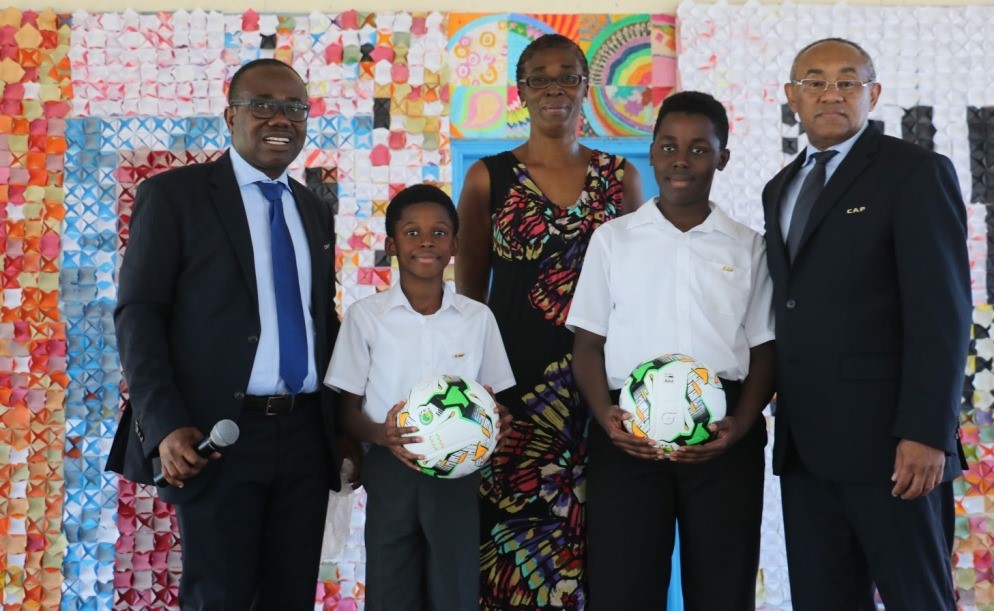 The President of the Confederation of African Football (CAF) Dr. Ahmad Ahmad paid a surprise visit to Ghana International School, to meet with Kwabena and Ekow Enti, two brothers and students of the school who recently came up with an initiative dubbed “Boots for Charity”.

This initiative was to collect and donate used football boots, shin pads and trainers to the less privileged in our communities.

Dr. Ahmad Ahmad was thrilled by the initiative after he was informed about it by Mr. Kwesi Nyantakyi, the President of the Ghana Football Association and the First Vice President of CAF, during a conversation. The CAF President was moved to congratulate and encourage the boys since this initiative formed part of the CAF’s Football Grassroots Development programme.

The Vice Principal of the Junior School Ms. Bruce-Muller welcomed the visitors and briefed the CAF officials on the “Boots for Charity” project and how well it fit into one of the school’s strategic plan.

Dr. Ahmad Ahmad and Mr. Kwesi Nyantakyi took turns to advise the students on the importance of education and the role it plays in the modern game of football locally, on the African continent and the world at large. They also interacted with the two brothers on their “Boots for Charity” drive.

Recounting the campaign story, their mother Mrs. Naa Enti, who was also present on the day, took the opportunity to shed more light on how it all started. She mentioned that, last year the brothers played football with a local football club in La, (Ascona FC). They noticed that some of the children of the club, whose ages ranged between 8 and 17, did not have proper football boots. Some played barefooted or shared their boots.

The boots they shared were also not in good shape. Touched by the plight of their team mates, the brothers decided to donate their boots to the club. Their initial gesture encouraged them to do more.

Ghana Football Association boss and 1st Vice-President of CAF-Kwesi Nyantakyi speaking to students about the importance of education in sports. He pledged to support the initiative by donating boots and footballs.

Mrs. Naa Enti, Parent of the boys, narrating how it all started 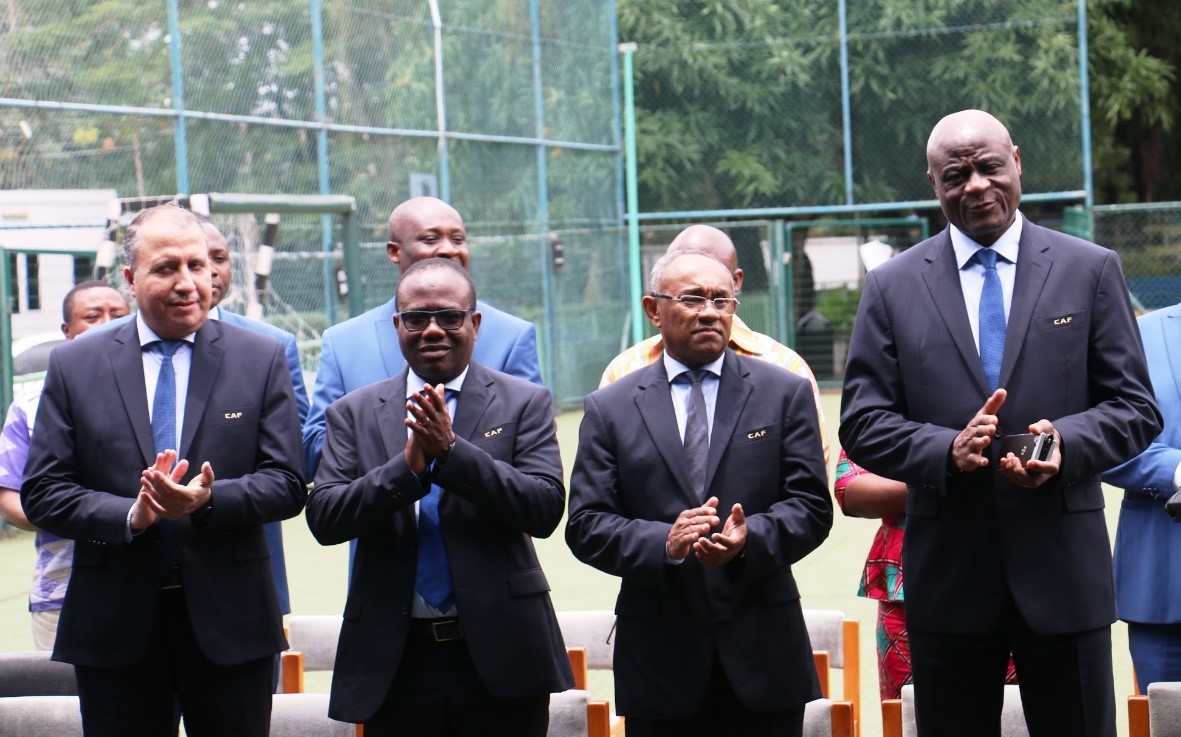 With the support of their parents Mr. and Mrs. Enti, they shared the information with friends and family and managed to gather a little over 100 boots by the end of last academic year. They also appealed to students of Ghana International School who readily joined them. On the 1st of June 2017, during a GIS Junior School Assembly, both Kwabena and Kweku Enti were excited to make their first ever donation of a hundred (100) boots to three local football clubs; La Ascona FC, Dynamic FC and Phoenix FC.

Dr. Ahmad Ahmad noted that this philanthropic gesture was very laudable and therefore offered his full support to them. The CAF President, who was in Ghana on a four-day working visit presented them with CAF souvenirs, footballs and promised to sponsor a trip for the two brothers to the head office of CAF in Cairo, Egypt to familiarize themselves with the activities of the Federation.

As a result of this humanitarian initiative, the dreams of young aspiring footballers may be achieved. The brothers plan to take this appeal to other schools in Ghana and around the world.

As part of our strategic goal at GIS, we aim to make an impact in our community through service while ensuring that every student has an opportunity to serve through in-school programmes. This we believe will solidify community relationships to enable us to build a reliable network of communities, connect with other schools and liaise with organizations in Ghana and outside Ghana who are committed to creating opportunities for service.

We say Kudos to Kwabena, Ekow Enti, and the GIS Community for making a difference! Keep up the good work!